NLMK Group launches one of the largest pelletizing facilities in Europe 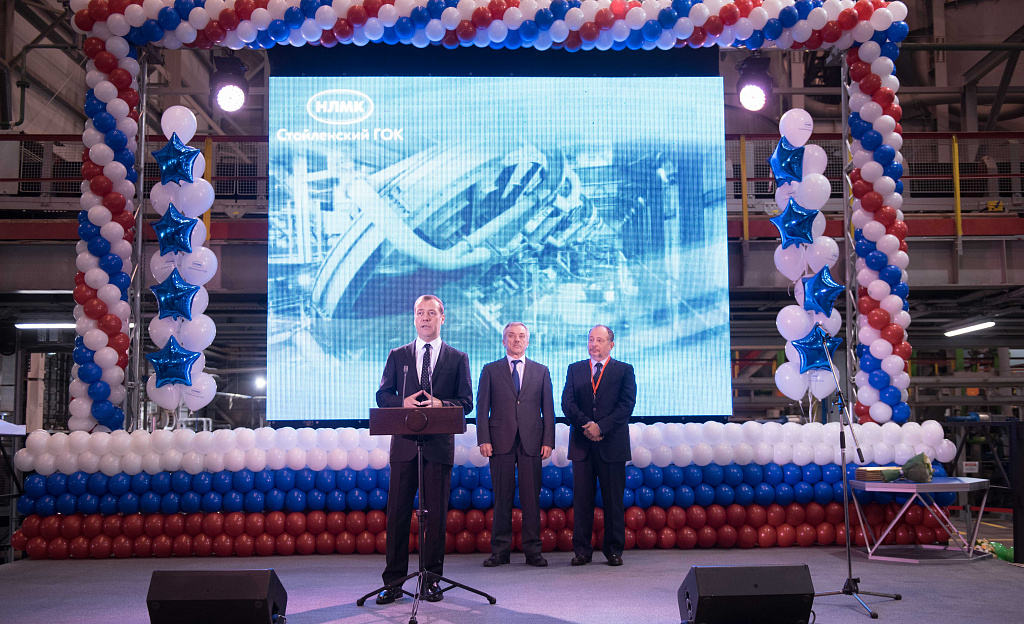 NLMK Group, an international steel producer with assets in Russia, Europe and the USA has successfully launched pelletizing plant at Stoilensky, the key investment project of its ‘Strategy 2017’.

The pelletizing plant opening ceremony was attended by the Russian Prime Minister Dmitry Medvedev, the Governor of Belgorod Region Evgeniy Savchenko, the Governor of Lipetsk Region Oleg Korolyov, the Russian Minister of Industry and Trade Denis Manturov, the Chairman of NLMK Group's Board of Directors Vladimir Lisin and the CEO of NLMK Group Oleg Bagrin, as well as by the employees and partners of the company.

The launch of the new pelletizing plant will enable NLMK Group to reduce its costs of iron ore used in blast furnace operations, which will result in a lower cash cost of NLMK steel. The positive impact of the project on EBITDA exceeds $150 million at current prices.

“The construction of the pelletizing plant is an essential part of NLMK Group's development strategy which aims to strengthen the Group's leadership positions. The pelletizing plant will ensure control over the iron ore costs during a period of volatile feedstock prices and provide a structural reduction in steel production costs. It will create the conditions for the further growth of Stoilensky’s concentrate production capacity. The plant will uphold the Group’s leadership position as one of the most efficient steel producers globally.”

This high-tech facility took two years to build. The active phase of the project, which is the largest in its region, began in 2014 and required a total investment of around $680 million (34 billion rubles).

The best available technology and equipment was selected during the design phase. The largest induration furnace in Europe ensures the plant’s high performance at 780 tonnes of pellets produced per hour. The Stoilensky plant is the first in the Russian metals and mining industry to use high-efficiency hyperbaric filters to remove fluid during the processing of ore.

The concept behind the design of the pelletizing plant is that of an environmentally friendly, waste-free facility, in which waste charge material and captured dust are fully recycled. A high efficiency dedusting system captures up to 98% of emissions.

The plant's labour productivity of 22.9 thousand tonnes per person is the highest among its peers in Russia and the CIS.

The project has created 270 new jobs. The new pelletizing plant will provide an additional 4 billion rubles of tax contributions per year to budgets across all levels.

Join us in social media

This website uses cookies so we can provide you with the best user experience possible. You can find out more about which cookies we use, or switch them off by clicking ‘Settings’. Here, you’ll also find links to Cookie Policy and Privacy Policy, which explain how we process your personal data. Continuing working on our site, only necessary cookies will be installed. Please note that you can withdraw your consent at any time.

Principles, purposes and rules of processing your personal data as well as information on the measures taken for their protection can be found in NLMK’s Policy related to processing and protecting personal data..

Continuing working on our site, only necessary cookies will be installed.

If you don’t agree with the use of such cookies, you can set up your browser to limit or exclude their use. Your browser may provide you with information and control over cookies. You can set your browser to alert you when a cookie is being used, and accept or reject the cookie.